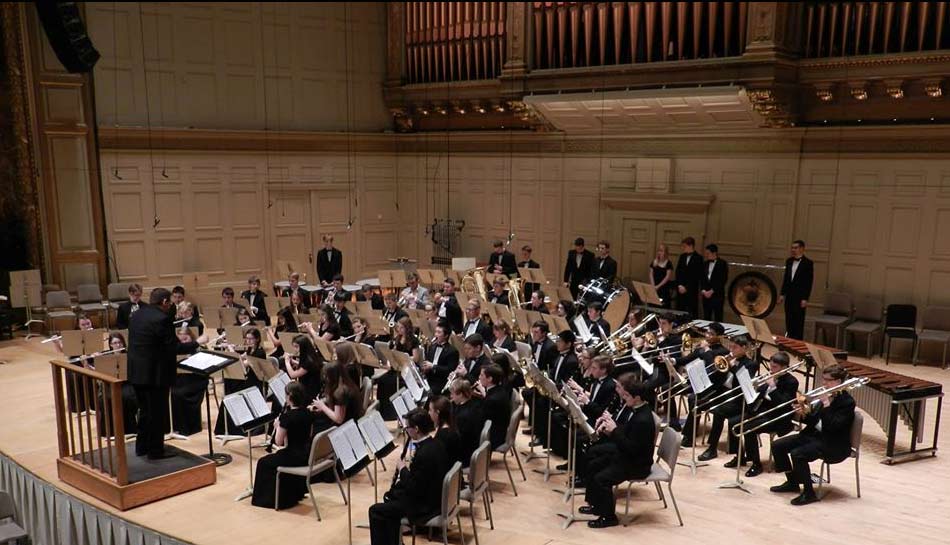 MICCA, with the support of the Boston Symphony Orchestra and Mechanics Hall, will sponsor its 24th annual Gold Medal Showcase in the spring of 2022. Ensembles that earn a gold medal rating at the 2022 MICCA Concert and Choral Festivals will be invited to perform at either Symphony Hall or Mechanics Hall. A compact disc recording of each group will be created and distributed to the director immediately following their group's performance. There is no admission charge for audience members.

MICCA's first "Stars at Symphony" took place in 1999 at Symphony Hall. The response was so overwhelming that the necessity to expand to a second venue became immediately apparent. Ozawa Hall at Tanglewood opened its doors to MICCA in 2000. Then due to construction constraints, we moved the second venue to Mechanics Hall in 2005. All venues have been operating at capacity since.

Whether your school's ensembles are performing or not, the Gold Medal Showcases performances are exceptional showcases of Massachusetts' young musical talent. Join us for two days of superior music at world class venues.